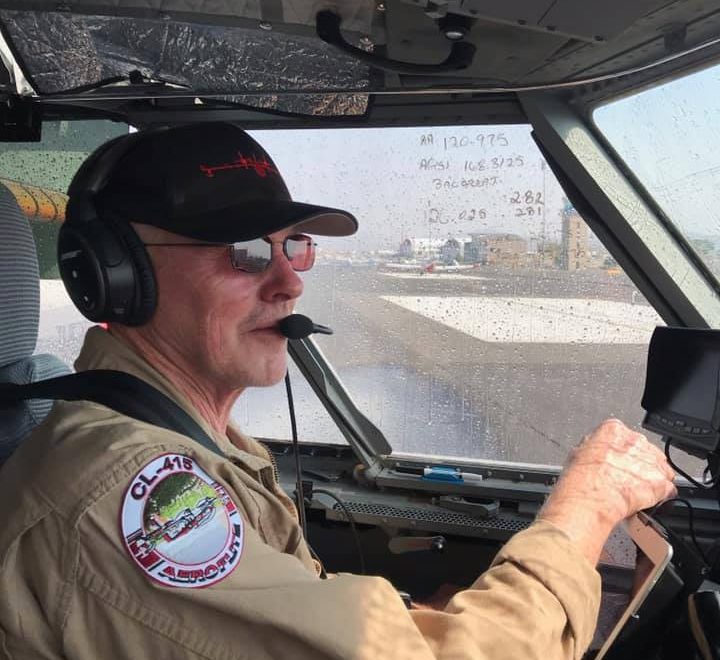 John’s love for flying began in the 70s where he honed his piloting skill flying the remote wilderness of northern Ontario. His firefighting career began with the Ontario Ministry of Natural Resources (OMNR) in 1981, fighting fires with the de Havilland Otter. From the reliable and rugged “King Beaver”, John flew over the province’s vast forests during the summer, applying his bush pilot experience to battling flames in rough terrain.

After a 4 year break from the OMNR, where he worked as Chief Pilot and Ops Manager for the Hawker 748 with AirCreebec, he returned to the OMNR as the Chief Pilot for fixed wing operations. There he was involved with the Twin Otter waterbomber upgrade from straight Cap floats to the Wipaire amphibious floats, and trialed night operations with the Twin Otter and CL-215 water bombers.  He was at the helm when the OMNR transitioned from the CL-215 to CL-415 in the mid 90s and was involved with the first Infrared installation on the CL-415s beginning in 1998.

In 2001 John joined Aero-Flite in Kingman, Arizona as the Chief Pilot. With Aero-Flite he helped the Minnesota Department of Natural Resources develop their CL-215 program.  In parallel, John helped develop Aero-Flight’s own CL-215 program with operations for the Bureau of Indian Affairs in Minnesota and Bureau of Land Management in Alaska.  Aero-Flight’s operations spanned across Minnesota, Montana, Washington, and Alaska in the early CL-215 days, and expanded nationwide with the introduction of the first US operated CL-415 in 2014.  In addition to management duties, John served as a training pilot, Initial Attack instructor, as well as an FAA Designated Pilot Examiner.

John’s contributions were key to the success of Aero-Flite’s CL-415 program.  He is recognized by the industry and the agencies alike as a well-respected leader and subject matter expert for firefighting with water scooping aircraft in the US.

“John always sets the standard for professionalism and is the best mentor anyone could ask for.” says Jason Robinson, Aero-Flite Chief Pilot CL-415 Program. “Thank you, John, for teaching us how to do it right.”

The entire team at Aero-Flite salutes his contribution not only to our organization, but to our industry as a whole. His dedication, passion, and experience will be missed. But the legacy of knowledge he imparted to each colleague will live on.